“Have you ever thought whether nature has a heart? If yes, then here’s your answer. The heart shaped Betel leaf is beckoned as the ‘Golden heart of nature’. Dating back to 7000 BC, Betel is one among those oldest divine herbs bestowed on mankind. Besides numerous health benefits, these appealing leaves are a symbol of status and hospitality for greeting Kings, nobles and guests in the cultural heritage of India. Botanically called as Piper betle, Betel vine is a member of the pepper family Piperaceae. It’s an evergreen and perennial creeper.”

“Significance of leaves has been explained in relationship to every sphere of human life including social, culture, religious and is very much relevant even in modern days. The plant, by itself, is said to have originated in India. Betel Leaf is cultivated in majority of South and Southeast Asia, and is a much esteemed leaf across the dozen nations. In India, the leaf is considered auspicious and is used as an auspicious exchange material not only during ceremonies, but also when fixing deals, business transactions and even marriage alliances.”

“The betel plant is called nagvalli in Sanskrit language meaning serpentine growth. The betel plant is a slender creeper which has alternate, heart shaped, smooth, lustrous dark green leaves with pointed apex. Leaves are edible part of plant which is bitter in taste but aromatic. Betel leaves are not famous in the western world because western food habits are much different than that of eastern. In India and few other Asian countries it is common practice to eat masala pan (betel leaves stuffed with sliced betel nut and other spices) after food.”

“History:
In these ancient texts Betel leaves were referred as Tambulika, Tambuladhikara, Tambuladayini, and Tambuladyaka and so on. Ayurvedic encyclopedias like Charaka Samhita and Sushruta Samhita have also indicated the many uses of Betel leaves.The primeval Ayurvedic texts also highlight the aphrodisiac properties of Betel leaf that aid in treating male and female reproductive problems.”

“The Chinese Traditional medicine also used Betel leaves for its warm and spicy nature that aided in the treatment of cough, itching, inflammation, headache and respiratory infections. Betel leaves were used in various medical preparations of the Unani medicine and was used as a brain tonic, and in treating throat infections, cleansing the blood and for enhancing the appetite.Toward the 13th century, European traveler Marco Polo recorded betel chewing among kings and nobles in India.”

“According to the study of numerous Anthropologists, the traces of Betel leaves were said have been found in spirit caves of Northwest Thailand, which dates back to 5500 to 7000 B.C. The oldest historical book of Sri Lanka, ‘Mahawamsa’ written in Pali talks about the leaves of the Betel vine. There are certain other findings in human skeletons dating back to 3000 BC in countries like Philippines and Indonesia, indicating the use of Betel leaves even before thousands of years.”

“Betel is a native of central and eastern Malaysia. It spread at a very early date throughout tropical Asia and later to Madagascar and East Africa. In India, it is widely cultivated in Tamil Nadu, Madhya Pradesh, West Bengal, Orissa, Maharashtra and Uttar Pradesh. Offering betel morsel to guests in Indian subcontinent is a common courtesy. Recent studies have shown that betel leaves contain tannins, sugar and diastases and an essential oil. The essential oil is a light yellow liquid of aromatic odor and sharp burning in taste. It contains a phenol called chavicol which has powerful antiseptic properties.”

“The traditional practice of chewing Betel leaves with areca nut has been mentioned in the pre-historic books of the Indian mythology and the most predominant among them are Raghuvamsa written by Kalidas and Kamsutra written by Vatsyayana. In one of the oldest text named Sakta-tantra, Betel leaves have been denoted as one of the important ways of attaining siddhi or abundant blessings from the Almighty.”

“Betel leaves were also used in the traditional healing system for treating various health disorders like conjunctivitis, leucorrhea, rheumatism, ringworm, constipation, infertility, bad breath, ottorrhoea, cough and asthma. Singers chewed these leaves to enhance their voice.There is archaeological evidence that the betel leaves have been chewed along with the areca nut since very ancient times.”

Is Ayurveda For You?

“Ayurveda is the ancient Indian science of healing which essentially provides us with the perception of holistic healing i.e. healing on all the arenas of wellbeing comprising the body, the mind and also the soul. In other words the holistic wisdom of Ayurveda counsels about adapting the right everyday lifestyle, with the aim of staying clear of lifestyle ailments, as well as enjoying the fruit of natural wellbeing and longevity.”

“Ayurveda’s holistic guidance lays emphasis not only on all that is beneficial for the body, but it also sets norms for what needs to be discouraged or prohibited on moral, health and spiritual grounds.” 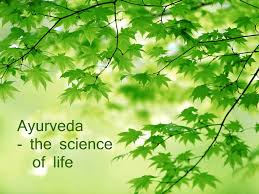 *Prevention is Key For Longevity 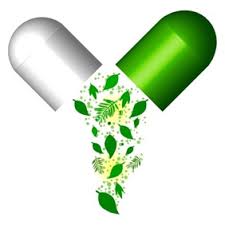 Ayurveda is the ancient Indian science of healing which essentially provides us with the perception of holistic healing i.e. healing on all the arenas of wellbeing comprising the body, the mind and also the soul. In other words the holistic wisdom of Ayurveda counsels about adapting the right everyday lifestyle, with the aim of staying clear of lifestyle ailments, as well as enjoying the fruit of natural wellbeing and longevity.

What Is Acid Reflux?

“At the entrance to your stomach is a valve, which is a ring of muscle called the lower esophageal sphincter (LES). Normally, the LES closes as soon as food passes through it. If the LES doesn’t close all the way or if it opens too often, acid produced by your stomach can move up into your esophagus. This can cause symptoms such as a burning chest pain called heartburn. If acid reflux symptoms happen more than twice a week, you have acid reflux disease, also known as gastroesophageal reflux disease (GERD).”